Resolve to Get Those W-9’s! 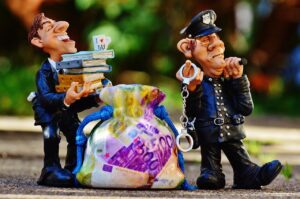 The holidays have past and we are all settling back into our routines.   Tradition dictates that we make a new years resolution.   As we go through the month of January, we are busy preparing 1099’s for our client’s subcontractors.   This is a frustrating process for us because client’s never get the W-9’s up front and then need to chase people down to get them well after the fact.   This is also frustrating to the clients because it is wasting all their time.

A few years ago we had a roofing company come to us because they were being audited by the IRS.   The IRS was auditing two areas — materials and subcontractors.   In order to prove the subcontractor expense, the IRS requested copies of checks (the IRS hasn’t caught up with Zelle!)  and W-9’s.

The check copies were easy to get because all he had to do was ask his bank.  The W-9’s, on the other hand, were impossible.  Imagine going back to get a W-9 from a sub that worked for you 2 years ago!

In the end, the client was allowed to deduct payments for the subs that he had proof of payment for, but the bigger penalty came from not filing the 1099s because he didn’t have the W-9’s!

Because he didn’t have the W-9’s, he couldn’t issue 1099’s to his subs, so he received multiple layers of penalty and interest including:

This Roofer had about 30 subcontractors and racked up over $181,000 in penalties for 2 years,  OUCH!

This is the easiest penalty to avoid!

If you don’t ask for W-9’s, you need to make this part of your processes when you hire a new sub, and don’t pay him a dime until you have it.  And it must be complete and readable.

Why is this such a big deal?

The IRS puts the liability on you, not the subcontractor, to collect the W-9 and report any money you paid them over $600 for services.   It’s up to the subcontractor to report any income he made, whether reported on a 1099 or not.  And there’s a box on your tax return asking if you are required to file 1099’s (Yes, you are if you have subs) and did you file them.   So you are upfront telling the IRS “Hey Audit Me” if you have checked that box No!

If a subcontractor gives you push back when asking for the W-9, you need to ask yourself why.   Let’s think about who you’re dealing with here and decide if that’s really the right way to go. If you have a contractor who holds that hostage like that, are they going to be willing to fix problem areas?

Are they going to be your best source long-term? I suggest not, if they’re cheating in line to the IRS, are they really going to be telling you the truth? No, they’re probably going to cheat with you too. If they’re not afraid of the IRS, what is it that you are going to do to them that would scare them?

We’ve suggested this many times, and many of you are hesitant about this, but I want you to think about a process going forward. As you began to work with contractors or any subcontractor situation, collect the W-9 before they begin to do the work when they quote your price. Say yes, okay there you go, I need you to fill out this W-9 and we’ll get you set up in our system so that we can pay you promptly.  Make it part of your processes and routine.  If you get any pushback, just tell them it’s company policy.  Even if you are the only person in the company.  You’ll be surprised how well that works.

If you take this approach, you’re telling the contractor, hey, I am an honest business person and I’m trying to do right by you to make sure that you get paid on time and there are no problems with the payment. If that contractor tells you, then they will not fill out to W-9, say okay, walk away and find another.

I know that’s a hard thing to do these days because it is very difficult to find workers, but do you really want to work with people who are cheating on their taxes and cheating the IRS? They’re going to cheat you too.

When you get the W-9  make sure that if you are paying the person or business that is listed on the W-9.  So if the W-9 says their personal name, but they’re telling you their company is ABC contracting, write out the check to their personal name.   You want to make sure that you’re collecting the matching information so that you don’t have any problems going down the line. If you have a business name on the W-9, make sure it’s a federal ID number that is listed and not a social security number.

Again, vice versa if it’s a name they can have a federal ID number if it’s a personal name listed as well. So that part is okay, but you’re going to get a mismatch from the IRS if you submit a name of a business and put a personal social security number with it.  You want to make sure that the 1099 you issue matches the W-9 you were given so that information matches the IRS System and you avoid receiving those pesky CP2100 letters in October.

If somebody does refuse to sign the W-9 or give you the W-9, by law you’re required to withhold 24% backup withholding and submitted to the IRS before you issue their payment. Nobody likes that, you don’t want to have to go through that trouble, so let’s not.